Little larry is a cute little charm that will be your best friend! The other cool thing about him is he turns out a little different each time. 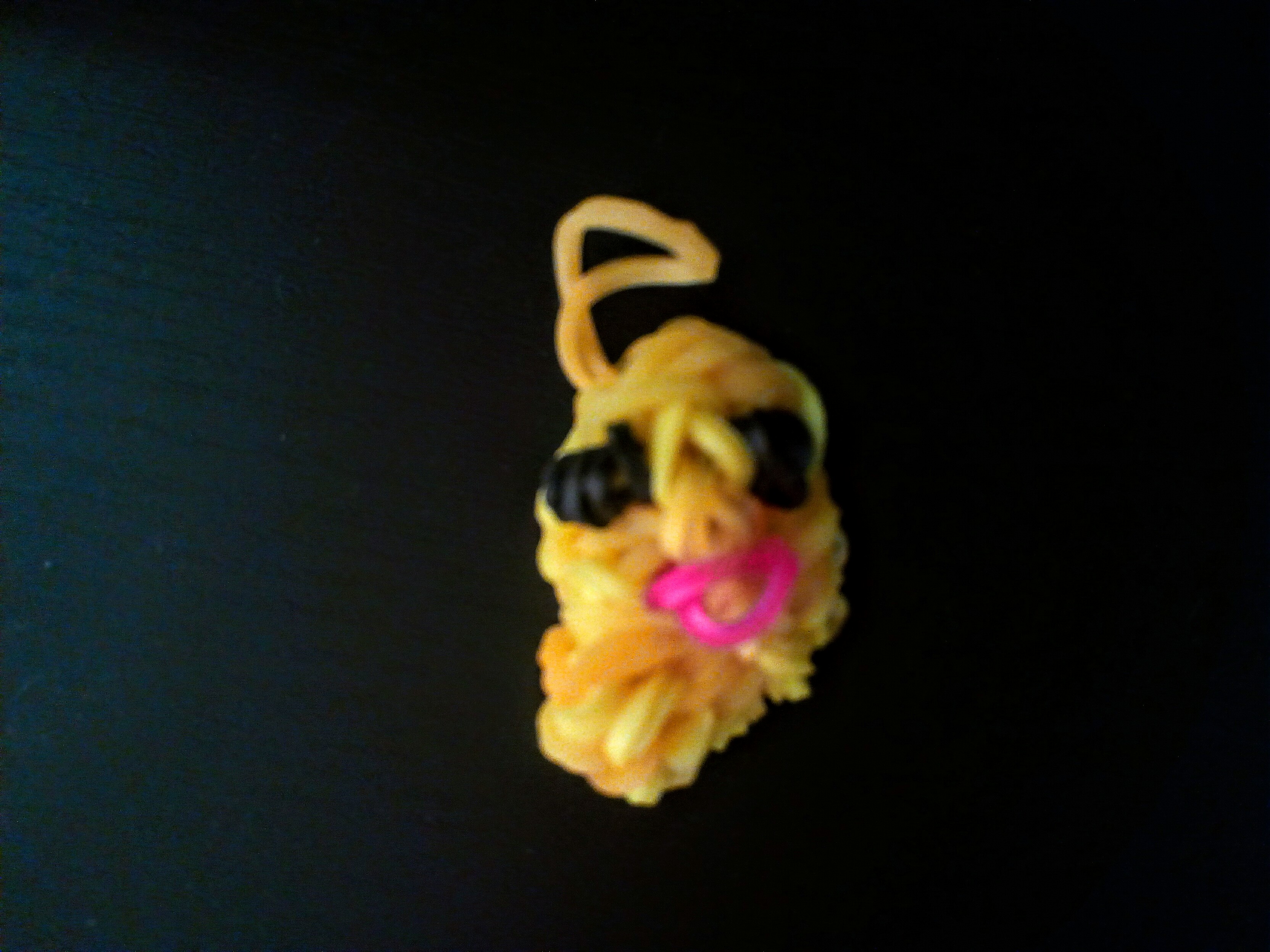 The Things You Will Need: 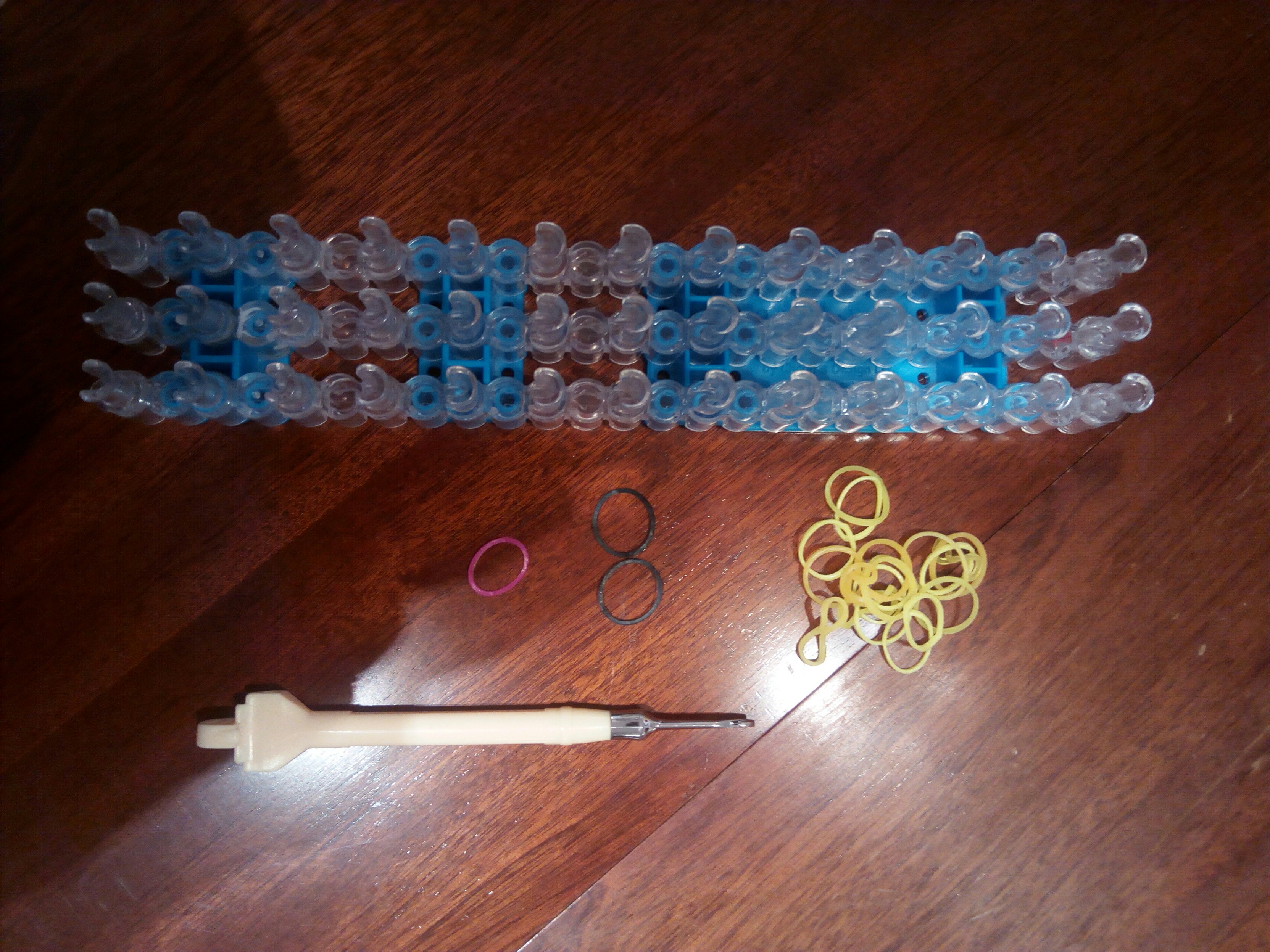 How to make the charm:

To make the charm, make a shape that looks like the picture. Start placing your bands in the direction shown. Make sure you do it only in yellow or the colour you want, we only did it like this so that it is easier to see. Also remeber to put the bands in the cross down as a figure eight. At the end add a triple-cap band. Once you have the pattern you can loop it (instructions about how to loop on help page). After looping, get a band, and place a yellow band on top of the right bottom band. Then place one on the band over that one.Keep on doing this until the whole outside of the shape is covered. Now get your hook and lift the bottom layer of bands over the peg.Now get a black band and wrap it around your hook four times. Then get a yellow band and push the black band on it. Do this one more time with the other black band. Now place them at the bottom of the loom, where you have a point. Go to the left side and cover the outside again and lift the bottom bands over the peg. You have now attached Larry's eyes. Do the same process again, but do not add eyes this time. Once you have that, get a pink band and wrap it round the hook twice. Now take the bottom bands of the peg and slide the pink band onto it. Place those bands back onto the peg. You have given Larry a mouth! Now look at how to finish the charm. 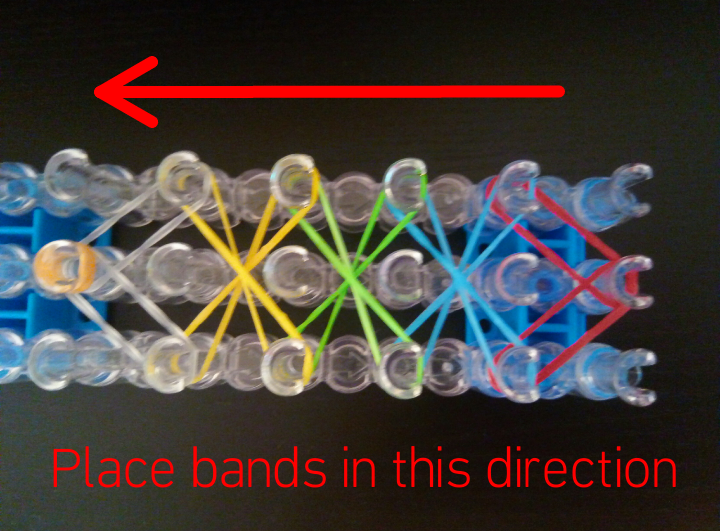 How to finish the charm:

To finish your charm, get your hook and remove the bands of the peg and keep them on your hook. Now get two bands and pull them through all of the bands on the hook. Then tie a slip-knot and fasten it. Now hide the tale inside of Larry. Now you can adjust bands with your hook until you are happy with it. Now you should have your own little Larry!

We hope you had fun looming!