This is a cool charm that you can decorate with beads and charms. 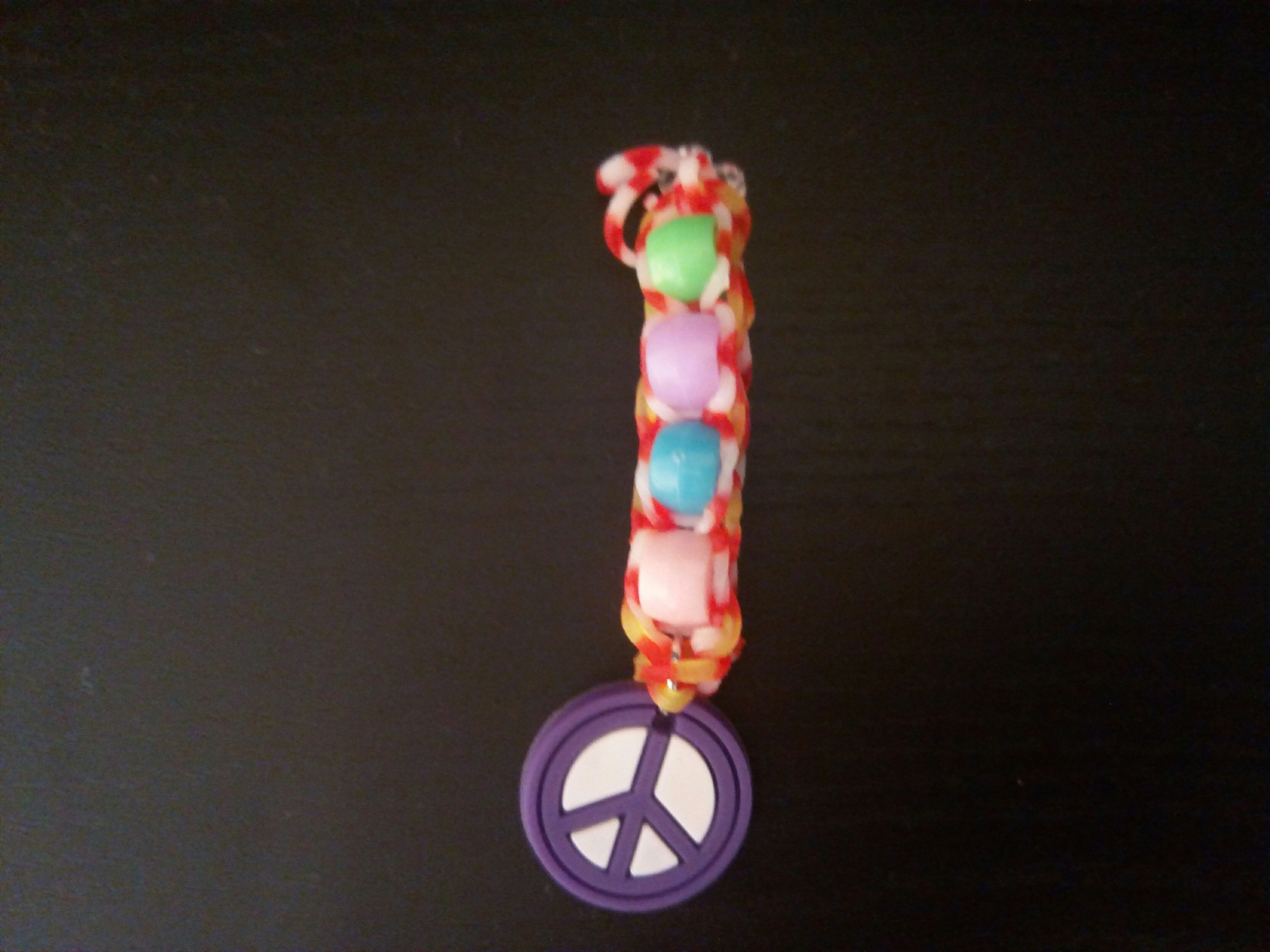 The Things You Will Need:

-Any loom with at least two pegs

-A charm (the kind you get in looming kits)

How to make the charm:

How to finish the charm:

To finish your charm, get your hook and lift the bottom bands over the peg normally. Then use get the bands left on the peg and put the char through each end, so that you can remove the charm. Then go to the other end of your bracelet and attach a c-clip to the bottom pair of bands. Then get on more band and attach it to your c-clip. Now you should have your very own fishtail charm!

We hope you had fun looming!